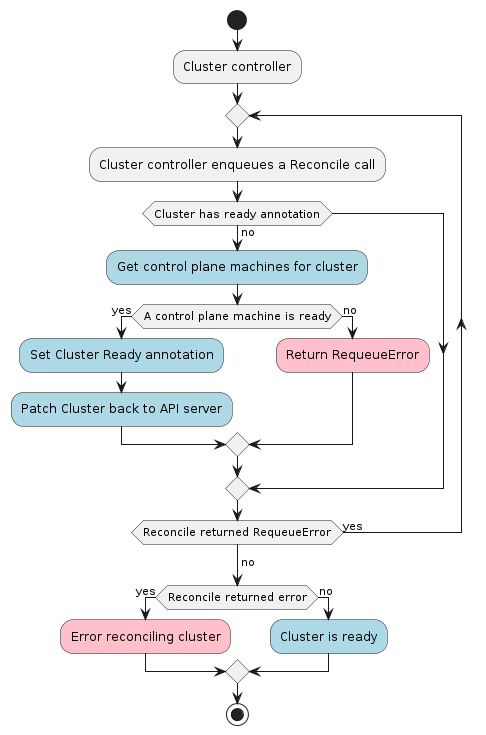 The Cluster controller’s main responsibilities are:

The InfrastructureCluster object must have a status object.

The spec object must have the following fields defined:

The status object must have the following fields defined:

The status object may define several fields that do not affect functionality if missing:

If you are using the kubeadm bootstrap provider you do not have to provide any Cluster API secrets. It will generate all necessary CAs (certificate authorities) for you.

However, if you provide a CA for the cluster then Cluster API will be able to generate a kubeconfig secret. This is useful if you have a custom CA or do not want to use the bootstrap provider’s generated self-signed CA.

Alternatively can entirely bypass Cluster API generating a kubeconfig entirely if you provide a kubeconfig secret formatted as described below.